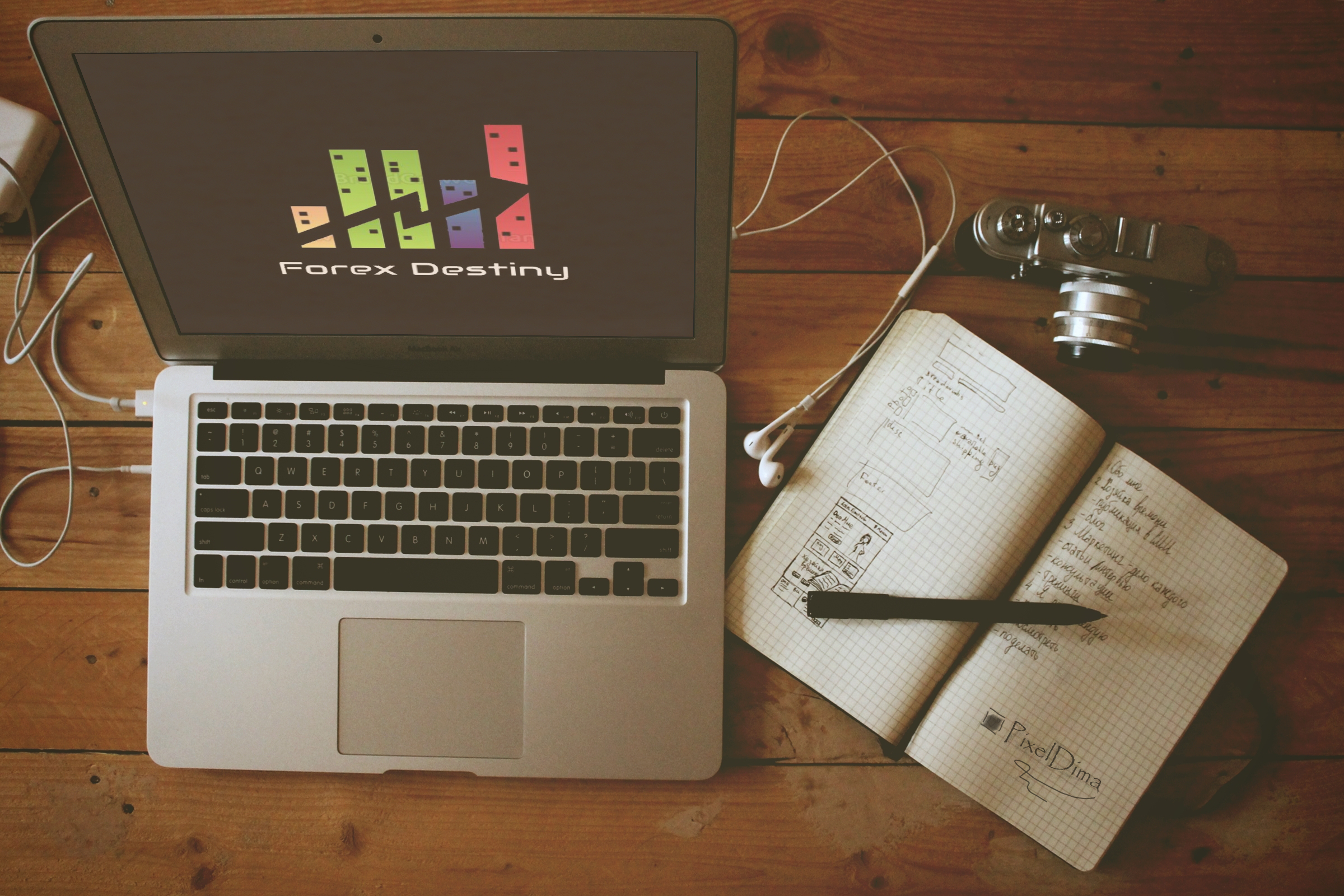 l know I do. I’ve wanted to learn trading in markets since I was a little kid. While I dabbled in trading over the years, I never really put in the time. I need income like everyone else and as we all are told to believe can only come from a job. So, like everyone else, I went to work and spent over 15 years in the culinary industry as a chef. I enjoyed my work, the creativity, the fast pace, the food. But I hated the hours and just knowing someone else was getting rich off my labor killed me. I knew that unless I did something different, I would never become truly wealthy.

When 9/11/2001 happened, I was working in a convention & tourist hotel’s culinary department. Suddenly, everything came to a halt and I was laid off. Out of work, with a family to support, a new car and a newly purchased house, I found whatever I could to get by. We slowly fell into foreclosure and the car was repossessed. We were losing everything. Fortunately, I was able to avoid foreclosure but forced to sell the home thankfully for a small profit. I took that profit and bought a small mobile home in a bad neighborhood. I’m talking MS13 gangs and prostitutes roaming at night bad. But it was affordable, and it was ours. We lived there for 8 years, struggling.

During those hard 8 years, my wife and I had an accident while driving and crashed head-on into another car. I woke up in the hospital, unable to move and to this day I still cannot remember how it happened. My wife was flown to another hospital with her head cut wide open. Thankfully, one of my daughters who was in a car seat at the time, was unharmed.

Suffering from a severe car accident and losing my job after an extended medical leave, I had some time on my hands. While healing, I began working with a friend who introduced me to land investments. Working online, I started a company buying and selling land. And I loved it. Finally, my destiny was in my own hands. I could see the unlimited income potential and started to realize it when the profits started rolling in. We were making a killing. I rented a downtown office, and everything was going great.

When Everything Goes Right, Until It Goes Wrong

Around 2008 my family and I finally took a long-deserved vacation to the Caribbean for some R & R and to spend time with family. Little did I know that everything was about to change. When our vacation ended, I returned to work to find utter turmoil. The onset of the greatest recession in history was beginning to unfold. I came back to cancelled contracts worth tens of thousands of dollars. Investors were gone and within months it was all over. I found myself back in the kitchen again.

What I thought would have lasted forever and would be my way to wealth was gone. I had no choice but to return to working in culinary for someone else wealth. Shortly after I decided to go to college. With the right education I could at the least demand a higher salary and find a new line of work. Since I had enjoyed working in investments, I decided to study Finance and went after an accounting degree. I had noticed in my business that the accountant I used did well income wise and worked on her own. Accounting seemed like a good avenue to pursue.

Realizing I would need more than an associate degree, I continued towards a bachelor’s in business management. I focused on financial planning believing that would put me within reach of working in investments and with investors again.

This time I found myself going from one job to the other. I decided I would start a window tinting company on the side to bring in extra income. As a kid I would tint car windows for cash and figured it was a lucrative opportunity living in sunny Florida. I did well, so well I left work and focused on my business full time. The problem was, I was doing it all. In a labor-intensive business, I was wearing myself out trying to keep up. I knew from school that I needed a way to have enough money invested that the money would be working.

So I started to teach myself how to trade Forex profitably.

I read books, watched videos and stayed up night and day watching the markets. I was awake when Europe markets opened at 3am and when US markets opened at 9am. Like you, I watched charts for hours, demo traded for months and while I won some, I lost more. I constantly wanted to give up. I had no way of knowing if there was any profit potential. Like you I wondered if everything I was hearing and seeing was just some scam. I tried signals; I joined a trade group. I tried everything you’ve probably done or have thought of doing attempting to learn how to trade Forex profitably.

Then one day, in total frustration and about to give up for good, I finally had my moment of clarity. I realized what I was doing wrong; and it changed everything. I started leveling out in my demo account, breaking even. So, I decided to take my chances and open a live account. With $1000 deposit I started trading my system daily and I started winning trades. I lost some, but my profits from wins was exceeding my losses. I learned from my mistakes and reapplied the knowledge to my trading. Working daily on trading and before I knew it, I had exceeded a 1000% return on my investment.

Everything Has Changed Trading Forex Profitably

I’ve been trading Forex for a few years now quite successfully. If you’ve been following along or are new and want to see how successful I’ve been, visit this link to see my trade history: https://www.myfxbook.com/members/Sapphirestonez

Last year I decided to start writing a book that details how I trade. I’ve detailed the method I followed that helped me reach this point in my trading. In it I discuss everything from setting up an account to charts. My entire process is in there from start to finish. I explain what trading Forex is all about and define everything I believe you need to know to start trading. I give you my system, step by step.

There are probably thousands of traders who offer to teach you how to trade Forex. They make promises to no end, I don’t want to be included in the bunch. I did something different in my book. My goal is for you to be able to trade without any help from anyone. I offer signals to help you see my system in action so you can visualize the book. But I want you to see how it works in the real world. I don’t give you half the system. I don’t offer some difficult to copy plan that forces you to keep paying m. This is not information that gets you nowhere on your own. I don’t want you to need me, I want you to follow the system and make it your own. I want you to learn how to trade Forex profitably.

What comes next is truly up to you. Unlike the previous ways I went about to make income, Forex is in a class by itself. There is no end to the income potential. There is no dependence on anyone and no one to hold accountable for failure except myself. No matter what happens in the world, you can still make money and can never be laid off or fired. I trade when I want, and I make as much money as possible whenever I want. My income potential is unlimited. You can do this too. You can learn how to trade Forex profitably.

Trading requires a passion for trading, a desire and a persistent attitude able to withstand through ups and downs. You need a determination to never quit, a focus on the business and an ability to learn from your mistakes. If you have this ability combine it with my trading system, the sky is the limit for you.

About my Book Offer

My book is available on several different marketplaces in order to reach as many different countries and people. It’s available on Amazon, Google Play Store, Barnes & Noble and thru Walmart Kobo eBooks. This so that no matter where you live in the world you would be able to have this knowledge. I’ve also lowered the price. I know individuals selling their winning trading systems for literally thousands of dollars; one in particular starts at $5,000 dollars! I’m practically giving it away!

My video training course is $199 and will be released this month!

If you’re willing to commit $199, chances are you’re going to follow through for a return of your money. While I’m sure there are those who have it and are willing to pay much more for it; that’s just not me and it’s probably not you. I want you to be successful and I don’t see how taking the money you have is going to help. If you’re a beginner trader, consider my price as a minor investment compared to your potential return.

Just Do The Math…

Learn How To trade Forex Profitably

So do you really want to learn how to trade Forex profitably?! Are you ready to get started!?

Visit any of the book retailer links below you prefer. Pick from eBook or paperback. Available in Amazon, Kobo eBooks, Barnes & Noble & Google Play Store.

I look forward to helping you Discover Your Own Destiny!