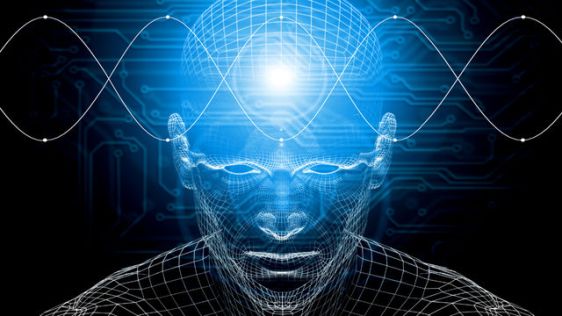 When I first began trading Forex, I had little idea just how much I didn’t understand & control my trader psychology and how much it had to do with it all.

I understood a great deal of the technical & fundamental aspects, but not so much of an understanding on how my own mind would perceive that information, and work against me.

Over time, some things began to click that helped me to gain a better understanding of why loses would occur, and what I was doing or thinking that led to those loses.

The market moves based on two underlying psychological aspects that basically control the moves of the market, greed & fear.

Nearly all traders, if not indeed every trader, works off the understanding off “Buy low, Sell high”. The thing you as a trader have to come to terms with is that there are thousands, if not millions of traders out there. And for the most part, at any given time, they are all thinking the same thing.

They are all seeing and reacting to the same technical & fundamentals behind any given trade.

So, if you have hundreds of thousands of traders, and they all see for instance, three spiked candles form to the high, the majority are all thinking what? Reversal! Or when those many traders see the 50 EMA crossing above the 200 EMA, what are the majority thinking? Continuation of trend!

For every trade you make, you need to understand that another trader is on the opposite end. When you sell a currency pair, someone is buying that currency pair from you.

For the most part, it’s the bank, more than an individual trader. Therefore, the bank may accumulate sell trades at a point when the majority of traders are selling. That means they are spending money to be the buyer of those trades; and they want their money back!

So, they induce buyers to enter the market so they can unload their sell orders; and vice versa.

How Do They Do This, You Ask?

They induce fear & greed to create liquidity in the markets.

Fear gets you to close your trade prematurely, in profit or loss zones. You see a trade move into loss, and you set your stop loss in the wrong zone to avoid taking a loss. The next thing you know they hit your stops & your trade is taken out, with a loss anyway.

Greed comes when you see a winning trade and you don’t set your stop into the profit zone thinking it will just keep going. You allow trades to go longer than they should and suddenly, the market turns around and goes the other direction, taking all your potential profit away.

Do you know why? Because the bank traders can see that a majority of traders are all making the same decision and the same actions.

They know where your stop loss is based on common trader psychology. Not you individually but based on the majority of trader’s actions and psychological perception of the technical & fundamentals.

Once you know that’s what is going on, you can begin to counter the mindset and begin to understand & control your trader psychology.

It wasn’t until I understood this concept that I began to truly see consistent profits in my trades. Once I became fearless of the potential loss and content with my profitability.

When I set up my charts, stuck to them, and became confident in the time, effort & knowledge I use to lay them out. Without fear I was wrong.

What you begin to realize is when the banks are making these moves, faking out the market traders to induce their psychology into making trades based on fear & joy.

You start to recognize a trend, and the sudden reversals, and then the continuations of the original trend. And you start to understand those are the moments they’re inducing the majority of traders in and out of their trades.

That’s when you stop being manipulated into making mistakes in your trades and become confident, you’re in the right place.

When you understand & control your trader psychology you start to win the market greater than the majority of traders whose psychology is being manipulated by market makers in the banks.

The Truth About Tops & Bottoms.

You allow them to do their thing and stop trying to trade against them and begin to trade with them.

Know this, every trader, and I mean nearly every single trader is doing two very specific things, looking for entry at tops and bottoms just like you. Stop.

Do your best to find entry at tops and bottoms, but don’t count on them. Instead, understand the trend direction and enter your trade in the direction of the trend. Wait for the continuation of the trends and you move into profit.

If you try and predict the top or bottom & enter against the trend, chance is that most market traders are doing the same thing.

If your trades move into the red, but your confident of the trend because you put in the time & effort to understand the fundamentals & technical information behind, stick with it.

Don’t let fear or greed force you to close your trades in the red, only for the trend to continue & leave you behind.

You can avoid losses. And a loss is only a loss, if you close a trade in the red.

The better you get at recognizing where the trend is, and where the market makers are inducing, the better your entries will be and the sooner you’ll move into profit without suffering through extended drawdowns.

Once you learn to understand & control your trader psychology, the better your trades will become and the more profitable you will become.

If you’d like more information on trading like we do, and would like to receive training as a beginner or as an advanced trader, send us an email at [email protected] to receive notification of when our next trading training session will begin so you can be first in line to get on board.

Also, subscribe to this blog to receive notifications and updates of new postings dealing with trading, life & business topics that aim to help you grow as a person and as a trader.